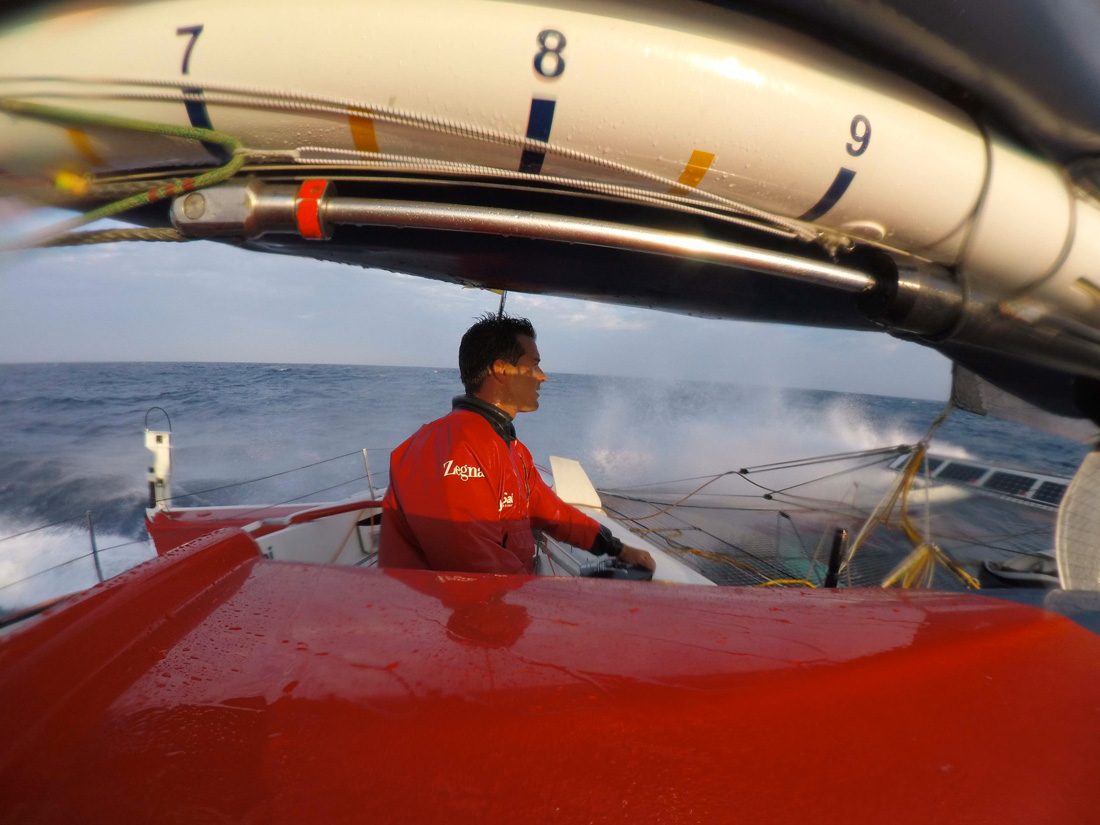 The Italian trimaran Maserati Multi70 continues to lead the multihull division and has moved into overall line honours first place at the head of the 55-boat Transpac fleet racing from California to Hawaii.

Skipper Giovanni Soldini and his mixed Italian and Spanish crew have been pushing their 70-foot flying boat hard since leaving Los Angles on Thursday afternoon. Winds in the 14 – 16 knot range have enabled the sailors to keep the boat predominantly in flying mode and travelling at speeds up to 30 knots.

Despite the multihull fleet being the last of the staggered starts to begin the race from Los Angles, today Maserati Multi70 had overtaken the race’s entire – mainly monohull – fleet. At 08.00 Italian time this morning (July 8) (20.00 July 7 in Hawaii) MaseratiMulti70 was traveling west (263 degrees) at 23 knots with 1432.9 miles to go to the finish in Honolulu.

The team’s closest rivals – the two American non-foiling trimarans, Mighty Merloe and Phaedo3 – were respectively 27.4 miles and 54.6 miles behind.