With the support of a true fan, you get one day’s wages per year from them.
Skipper Giovanni Soldini and his mixed Italian and Spanish crew have been pushing their 70-foot flying boat hard since leaving Los Angles on Thursday afternoon. Winds in the 14 – 16 knot range have enabled the
Transpac, Maserati, Maserati Soldini, Italian, Trimaran, Multi70 Sailing, Transpac, California, Hawaii
21833
post-template-default,single,single-post,postid-21833,single-format-standard,ajax_fade,page_not_loaded,,select-theme-ver-4.1,vertical_menu_enabled, vertical_menu_transparency vertical_menu_transparency_on,wpb-js-composer js-comp-ver-5.1.1,vc_responsive 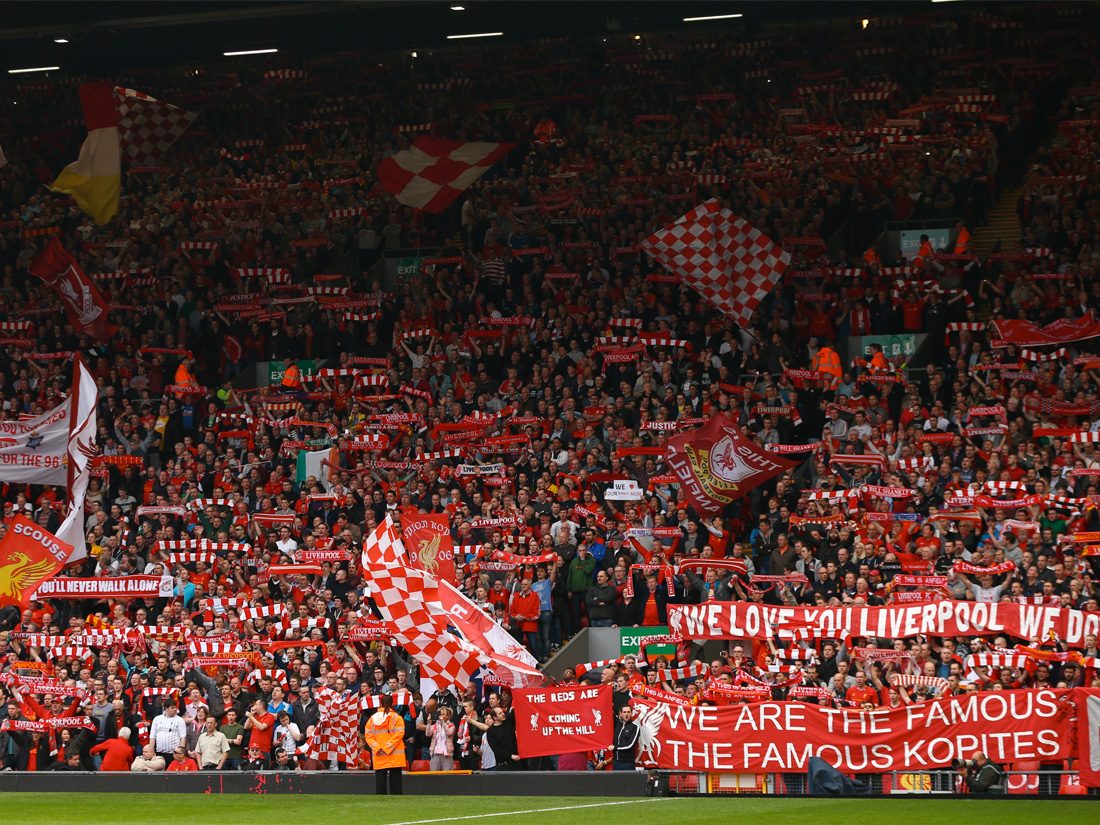 A true fan is defined as a fan that will buy anything you produce. These diehard fans will open your newsletter, visit your website, they will come to your chef’s table once a month, see you perform; they will buy the hardback and paperback and audible versions of your book; they will purchase your next figurine sight unseen; they will pay for the “best-of” DVD version of your free youtube channel.

If you have roughly a thousand of true fans like this (also known as super fans), you can make a living — if you are content to make a living but not a fortune.

Here’s how the math works. You need to meet two criteria. First, you have to create enough each year that you can earn, on average, $100 profit from each true fan. That is easier to do in some arts and businesses than others, but it is a good creative challenge in every area because it is always easier and better to give your existing customers more, than it is to find new fans.

Second, you must have a direct relationship with your fans. That is, they must pay you directly. You get to keep all of their support, unlike the small percent of their fees you might get from a music label, publisher, studio, retailer, or other intermediate. If you keep the full $100 of each true fan, then you need only 1,000 of them to earn $100,000 per year. That’s a living for most folks.

A thousand customers is a whole lot more feasible to aim for than a million fans. Millions of paying fans is not a realistic goal to shoot for, especially when you are starting out. But a thousand fans is doable. You might even be able to remember a thousand names. If you added one new true fan per day, it’d only take a few years to gain a thousand.

The number 1,000 is not absolute. Its significance is in its rough order of magnitude — three orders less than a million. The actual number has to be adjusted for each person. If you are able to only earn $50 per year per true fan, then you need 2,000. (Likewise if you can sell $200 per year, you need only 500 true fans.) Or you may need only $75K per year to live on, so you adjust downward. Or if you are a duet, or have a partner, then you need to multiply by 2 to get 2,000 fans. For a team, you need to multiply further. But the good news is that the increase in the size of your true-fan base is geometric and linear in proportion to the size of the team; if you increase the team by 33% you only need to increase your fan base by 33%.

Another way to calculate the support of a true fan, is to aim to get one day’s wages per year from them. Can you excite or please them sufficient to earn one day’s labor? That’s a high bar, but not impossible for 1,000 people world wide.

And of course, not every fan will be super. While the support of a thousand true fans may be sufficient for a living, for every single true fan, you might have two or three regular fans. Think of concentric circles with true fans at the center and a wider circle of regular fans around them. These regular fans may buy your creations occasionally, or may have bought only once. But their ordinary purchases expand your total income. Perhaps they bring in an additional 50%. Still, you want to focus on the super fans because the enthusiasm of true fans can increase the patronage of regular fans. True fans not only are the direct source of your income, but also your chief marketing force for the ordinary fans.

Fans, customers, patrons have been around forever. What’s new here? A couple of things. While direct relationship with customers was the default mode in old times, the benefits of modern retailing meant that most creators in the last century did not have direct contact with consumers. Often even the publishers, studios, labels and manufacturers did not have such crucial information as the name of their customers. For instance, despite being in business for hundreds of years no New York book publisher knew the names of their core and dedicated readers. For previous creators these intermediates (and there was often more than one) meant you need much larger audiences to have a success. With the advent of ubiquitous peer-to-peer communication and payment systems — also known as the web today — everyone has access to excellent tools that allow anyone to sell directly to anyone else in the world. So a creator in Bend, Oregon can sell — and deliver — a song to someone in Katmandu, Nepal as easily as a New York record label (maybe even more easily). This new technology permits creators to maintain relationships, so that the customer can become a fan, and so that the creator keeps the total amount of payment, which reduces the number of fans needed.

This new ability for the creator to retain the full price is revolutionary, but a second technological innovation amplifies that power further. A fundamental virtue of a peer-to-peer network (like the web) is that the most obscure node is only one click away from the most popular node. In other words the most obscure under-selling book, song, or idea, is only one click away from the best selling book, song or idea. Early in the rise of the web the large aggregators of content and products, such as eBay, Amazon, Netflix, etc, noticed that the total sales of *all* the lowest selling obscure items would equal or in some cases exceed the sales of the few best selling items. Chris Anderson (at Wired) named this effect “The Long Tail,” for the visually graphed shape of the sales distribution curve: a low nearly interminable line of items selling only a few copies per year that form a long “tail” for the abrupt vertical beast of a few bestsellers. But the area of the tail was as big as the head. With that insight, the aggregators had great incentive to encourage audiences to click on the obscure items. They invented recommendation engines and other algorithms to channel attention to the rare creations in the long tail. Even web search companies like Google, Bing, Baidu found it in their interests to reward searchers with the obscure because they could sell ads in the long tail as well. The result was that the most obscure became less obscure.

If you lived in any of the 2 million small towns on Earth you might be the only one in your town to crave death metal music, or get turned on by whispering, or want a left-handed fishing reel. Before the web you’d never be able to satisfy that desire. You’d be alone in your fascination. But now satisfaction is only one click away. Whatever your interests as a creator are, your 1,000 true fans are one click from you. There is nothing — no product, no idea, no desire — without a fan base on the internet. Every thing made, or thought of, can interest at least one person in a million — it’s a low bar. Yet if even only one out of million people were interested, that’s potentially 7,000 people on the planet. That means that any 1-in-a-million appeal can find 1,000 true fans. The trick is to practically find those fans, or more accurately, to have them find you.

Now here’s the thing; the big corporations, the intermediates, the commercial producers, are all under-equipped and ill suited to connect with these thousand true fans. They are institutionally unable to find and deliver niche audiences and consumers. That means the long tail is wide open to you, the creator. You’ll have your one-in-a-million true fans to yourself. And the tools for connecting keep getting better, including the recent innovations in social media. It has never been easier to gather 1,000 true fans around a creator, and never easier to keep them near.

One of the many new innovations serving the true fan creator is crowd funding. Having your fans finance your next product for them is genius. Win-win all around. There are about 2,000 different crowdfunding platforms worldwide, many of them specializing in specific fields: raising money for science experiments, for bands, or documentaries. Each has its own requirements and a different funding model, in addition to specialized interests. Some platforms require “all or nothing” funding goals, others permit partial funding, some raise money for completed projects, some like Patreon, fund ongoing projects. Patreon supporters might fund a monthly magazine, or a video series, or an artist’s salary. The most famous and largest crowd funder is Kickstarter, which has raised $3.2 billion by 13 million people for 128,229 successfully funded projects. The average number of supporters for a successful Kickstarter project is 241 funders — far less than a thousand. That means If you have 1,000 true fans you can do a crowdfunding campaign, because by definition a true fan will become a Kickstarter funder. (Although success of your campaign is dependent on what you ask of your fans).

The truth is that cultivating a thousand true fans is time consuming, sometimes nerve racking, and not for everyone. Done well (and why not do it well?) it can become another full-time job. At best it will be a consuming and challenging part-time task that requires ongoing skills. There are many creators who don’t want to deal with fans, and honestly should not. They should just paint, or sew, or make music, and hire someone else to deal with their superfans. If that is you and you add someone to deal with fans, a helper will skew your formula, increasing the number of fans you need, but that might be the best mix. If you go that far, then why not “subcontract” out dealing with fans to the middle people — the labels and studios and publishers and retailers? If they work for you, fine, but remember, in most cases they would be even worse at this than you would.

The mathematics of 1,000 true fans is not a binary choice. You don’t have to go this route to the exclusion of another. Many creators will use direct relations with super fans in addition to mainstream intermediaries. Use Kickstarter to publish to your true fans. Each formatted depending on the content and aim. But in every case, cultivating true fans enriches the route you choose.

The takeaway: 1,000 true fans is an alternative path to success other than stardom. Instead of trying to reach the narrow and unlikely peaks of platinum bestseller hits, blockbusters, and celebrity status, you can aim for direct connection with a thousand true fans. On your way, no matter how many fans you actually succeed in gaining, you’ll be surrounded not by faddish infatuation, but by genuine and true appreciation. It’s a much saner destiny to hope for. And you are much more likely to actually arrive there.